Something devastating happened on Labour Day in Perth.

I was strolling around in a major shopping centre when I decided to go into David Jones and try on a Zimmerman dress – the same size as the bridesmaid dress…  It didn’t fit.  I couldn’t get the zip up.

When I got home, I collapsed on the bed and didn’t want to move.  There was only 3 weeks left until the wedding and there was no way I could lose inches off my bust.  The last 10 weeks of travelling had taken their toll and everything was ruined.  Oh the despair…

Dave walked into the room and saw me.  He held my hand and told me that he hadn’t seen me like this before, so defeated, so deflated.  I was truly sad and disappointed, and knew that if I was to fit into that dress in three weeks, drastic measures would need to be taken.  Strict eating, strict exercise, constant monitoring and no beer, no wine, no chicken parma, no dinners with friends without having to decline what they offer because it doesn’t fit in with The Plan. The Plan was severe and relatively simple. Eating involved minimal carbs – about 5% made up of vegetables and a little dairy, with plenty of protein and healthy fats.  The intention was to bring my body into ketosis so that it would use fat stores as fuel, and I found I was less hungry throughout the day.  This reduced appetite made it very easy for me to stick to 1200-1400 calories a day, which I thought was awesome!  Usually, my appetite is out of control so it was nice to think about something else for a change.

I would do a 14 hour fast between 6:30pm and 8:30am every day and if my body allowed, I would wake up at 5am and go for a run before going to work at 7am.  On my days off, I’d do resistance training and intervals.  If I wanted a tasty treat, I’d stir some peanut butter in yoghurt to make a nutty mousse or we’d find a cheap steak night and I’d gorge on a slab of red meat.

About a week and a half later, I crashed – exhausted, stressed, hazy, and lethargic.  Not because I wasn’t eating carbs but because I wasn’t eating enough… period!  And I was losing sleep for a number of reasons – going to bed late, waking up early, and being close to the airport.  Whenever a plane was coming in to land, the noise was frightening and I would wake up filled with the anxiety that a part of the plane would fall down and crush us!  The stress of not being able to fit into the dress was getting to me too, and my coffee consumption was out of control, thanks to an awesome coffee machine at work that spits out a delicious brew at the touch of a button. 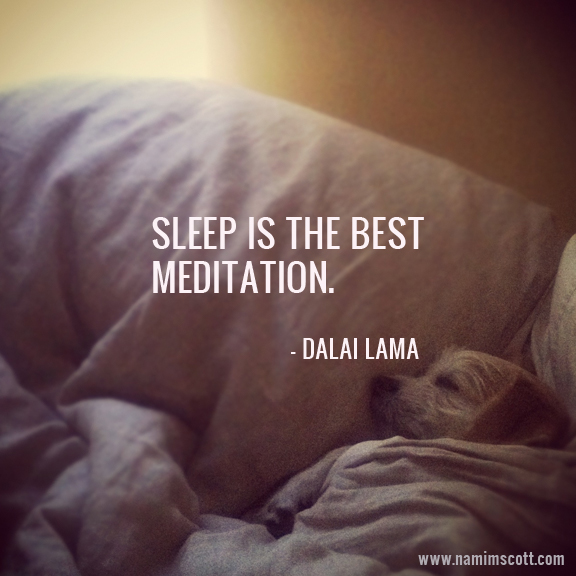 I had to seriously look at what I was doing to myself.  Did I really need to stress myself out and put so much pressure on my body?  I decided to take some time to sleep more, have nanna naps during the day, rest, drink decaffeinated herbal tea and breathe – to relax.

Giving my body the time to recover made a huge difference, and by increasing my food intake, I had more energy during the day to be happy and feel healthy.  Workouts were executed with more gusto and there was more enjoyment in eating, and soon enough the difference was visible.  I was starting to become more confident that when I finally arrive in Melbourne, the bridesmaid dress will fit… maybe…